EU Mobility Project “Friendship overcomes differences” involving three activity groups under the partnership of Tabitha Bulgaria and Werkgroep Bulgarije in Wijk & Aalburg (Nl). We had more than 60 young people (Dutch and Bulgaria) learning about each others cuture, traditions, floklore. Working together their cultural differences were overcome and frendships were made. 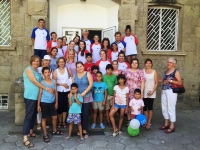 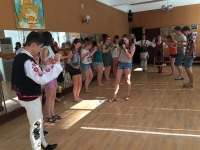 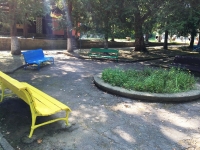 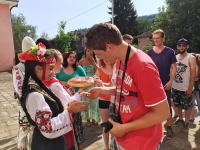 The group, most of whom had been few times to Roman and helped renovate the home, learnt a lot about Bulgaria traditions and culture, played with the kids and made new benches in the institution’s park. International Women’s Club attended the BBQ on the EU Day and contributed to the cross-cultural communication.

It was the first visit of the group to Bulgaria and they were amased to learn so many things about the country, Vratsa, the culture and traditions. They helped with the renovation of the first floor showers and WC, painted part of the rooms on the 3rd floor and had big fun with the young people from the institution. 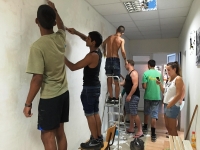 Most of the participants were new but they belonged to Werkgroep Bulgarije in Wijk & Aalburg which helped the institution turned into a lovely cosy family like home for the kids. The group worked on the project , painted the walls and renovated the storage rooms and had a lot of fun. It was hard to say goodbye….