As a result of the good cooperation  between Tabitha Bulgaria Foundation, its  volunteers from Wijk and Aalborg (NL ) and   Stara Zagora Municipality the renovated Pensioners  Club “Vassil Levski” in Stara Zagora was inaugurated.  The Mayor of Stara Zagora attended the event and in his speech he acknowledged the active part and efforts of the Dutch people to better the conditions of the Club. He expressed the Municipality appreciation of the concern and good will of the Wijk and Aalborg working group.  Tabitha Foundation’s idea of launching a Bridge between generations’ project between the Club and the underprivileged children from the social institution was appreciated with enthusiasm.  According to the Bulgarian tradition the Club was blessed by a priest.   The elder people’s choir sang and later the senior people joined the Bulgarian traditional round circle dance – horo. 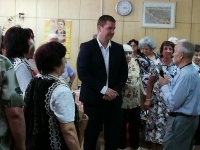 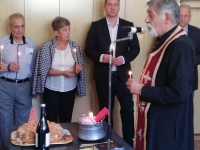 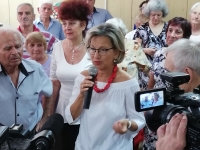 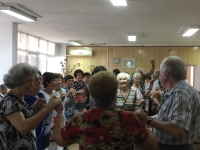 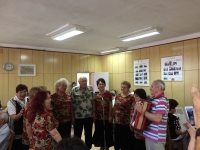 The event was widely reported in the media: https://www.actualno.com/starazagora/s-poveche-ot-18-000-leva-obshtinata-remontira-pensionerski-klub-v-stara-zagora-news_1376480.html